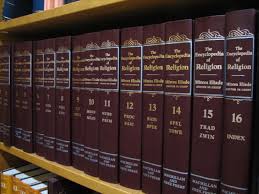 As many of you know, I have been devoting a lot of my attention to family matters following the death of my father earlier this year. You can read more about his life here. It’s been a very weird few months. And between the grieving and business affairs, I count myself fortunate to have no shortage of good memories and life lessons to recall from our time together. Sometimes they’re really vivid. Other times they are more abstract, like studies or tone poems. It’s hard to know whether the oldest recollections are true, but they all seem quite real in their own way.

One that recently came to mind was from a Cub Scout meeting. He was the Den Leader and I had to have been about in fourth grade. We were doing some activity where we had to come up with an alliterative adjective for our first names–like Benevolent Bob or something. My dad and I share a name, and I remember being frustrated because I couldn’t think of anything “cool” that started with the letter “R.” He went with “Resourceful Richard.” Admittedly, I didn’t know what it meant. But I thought it sounded boring.

At the same time, the value of resourcefulness has since become part and parcel to how I try to do things. I’m not the most talented or the smartest or most graceful person, but I really do try to use what have to put up the best showing in the face of a challenge.

My dad would tell me or, more accurately, show me that resourcefulness is also about what you can share with others in the face of their challenges.

I was talking with a friend earlier today. And as we were sharing about how our institutions are facing #COVID19, I realized that I have a lot of material that may be of use to those scholars of religion who are preparing to change how they’ll teach their classes. Below you’ll find a guide to content that you might find useful. You’ll probably have some gripes with my framing or characterizations of topics of your expertise, but hopefully it will save you some time as you figure out how to make do and make a meaningful learning experience for your students.

All of the videos should be captioned. And while there are hyperlinks and embedded media, a lot of the material can probably be printed and saved so as to share as a course pack. The videos aren’t set for download, but if someone asks, I can probably swing that.

A Note of Titles and Application

Anything that is listed as “interactive notebook” was designed as a homework assignments for self-teaching. As I reflect on my own practice, I realize that it may be most effective to use for in-class assignments and activities. Enterprising students could read and do those assignments by themselves and there would be no harm. But I would probably operate a class on at the assumption that only a little of the reading was done. Thus the assignments become a great way get everyone on the same page and to encourage them to check out the reading after class. Anyway, they often include videos and gifs.

I figure that the best way to present this is based upon scenarios. I’ll do this like when I was trying to find music at a Christian bookstore. You know, like if you were trying to find a CD that you could take on a mission trip but weren’t aloud to bring secular music.

There are lots of ways to teach an intro class.

If you’re using Craig Martin’s A Critical Introduction to the Study of Religion (Second Edition), I have interactive notebook assignments that go with each chapter. This can be adapted to courses with a heavy emphasis on social theory.

If you’re using Russell McCutcheon’s Studying Religion, I would check out the essays on the University of Alabama Department of Religious Studies website. I rock these at all levels. Don’t sleep on them.

If you’re using a thematic approach, like say Paul O. Myhre’s Introduction to Religious Studies, you might consider the interactive notebook pages here. I use these in my classes on African American religion but they can be applied in a lot of spaces.

I use a lot of blog posts in my intro classes, particularly from my department’s Study Religion blog and from Culture on the Edge. You can go wild with these. The search bar is your friend!

If you’re using Malory Nye’s Religion the Basics, check out his Religion Bytes, especially if you’re using. My students actually told me about it and found it useful.

If you’re using Brad Stoddard and Craig Martin’s Stereotyping Religion, my former production assistant, Maya Aphornsuvan, made a companion video series as a capstone project. It’s gotten some play in classes and is worth a look.

So I’ve been using Daniel Lynwood Smith’s Into the World of the New Testament for the last few years. I have interactive notebook pages for that class. I think the content here can be adjusted to fit a lot of books.

If you’re not up on Ancient Jew Review, definitely check it out for content on Late Antiquity.

Don’t forget about Bible Odyssey. This resource from the Society of Biblical Literature is great for the classroom.

I have a video series that helps students with mastering the essay. I’ve used this with undergraduates, English Language Learners, graduate students, and more than a few working scholars who are getting published. Profs and former students email all the time about using this in their classes, so maybe you’ll find it useful too. Warning–it is old!!!

If you’re looking for podcasts and video on a variety of topics in the study of religion, you might like…

I have an Inside the Actor’s Studio style with guests who study religion, like to laugh, and aren’t afraid to keep it real. It’s called Broadcast Seeding.

When I was working in LA, at a lot of schools at the same time, I had a video series that I created for world religions stuff. The production value and the content reflects the work of a graduate student who was very busy but trying to make things happen in the early days of Web 2.0. But it’s gotten use.

Megan Goodwin & Ilyse Morgenstein Fuerst have a new podcast project called Keeping it 101. They’re a few episodes in and are covering the basics of religious studies with their unique flare.

The Religious Studies Project is a great resource, especially for advanced students. There’s a good chance that you’re students may be reading some of their contributors.

This list is not exhaustive. And the stuff I created is by no means perfect. But let it be a start. I hope you can use this and other resources you find so that you can be present elsewhere.

Coffee? You don’t have to tell me twice. #magneticpoetry #coffee
Psalm 34:8 Beignets, or as the King James says, “O taste and see that the LORD is good: blessed is the man that trusteth in him.” A cheeky Bible Belt take on a Louisiana favorite.
Calm before the storm? Actually the first day back in the office was pretty cheery! And I am pretty excited about getting back in the classroom. @studyreligion syllabuses and resources are go for launch!
Making it work! A timely vibe.