Ekaputra Tupamahu reframes Maya Aphornsuvan’s study of Chinese-American hip hop artist MC Jin in terms of hybridity and liminality in the imagined community of America. This is the third issue in our fourth volume on the Bible and Race. See our first, second, and third volumes here.

Maya Aphornsuvan’s essay reflecting on the life of Jin Au-Yeung is insightful in disclosing the dynamic of socio-cultural negotiations of Asian Americans. The negotiations are unavoidable because, as Aphornsuvan has correctly pointed out, Asians are not the dominant group (or heterodox in a Bourdian sense) in the United States. Therefore, the perpetual foreigner is a common experience among Asian Americans regardless of how long they have stayed in this space. If we see a nation as an “imagined community” (Benedict Anderson), then the United States of America is not really a piece of land between the Atlantic and Pacific Oceans but a social space in which people are in constant negotiation for affirming and reaffirming their place in that space. Aphornsuvan is right that this imagined social space has been dominated by European Americans, especially Anglo-Americans, since the beginning of its conception in the seventeenth century. In spite of the effort by many historians today to write the story of America from the margins, the dominant story of this nation is still an Anglo-European story. The dominant language is Anglo-European language, i.e., English. The dominant religious expression is Christianity. The list could go on. Thus, when people do not share these dominant cultural experiences, they have to constantly negotiate their space in America. They will become “perpetual foreigners” in this society. Unless one conforms to the image of the dominant group, it is difficult for one to overcome one’s “otherness.” This is precisely the subject position of many Asian Americans.

Jin Au-Yeung’s experience is indeed a perfect example of this social negotiation, although one needs to always be cautious not to see him as the representation of the entire group given the diverse experiences of Asian Americans. With this in mind, I would like to highlight three things that I find helpful in Aphornsuvan’s essay.

First, Aphornsuvan’s comment that MC Jin’s use of the text 2 Cor. 5:17 because it “help[s] him overcome his past and his problems and reach a moment of transcendence in which he is accepted as a born-again Christian American, and not just as Asian American rapper” is an interesting analysis. Reading always involves an act of appropriation because without it there is no possibility of understanding. That is, every time one reads a text, one will appropriate that text in one’s own world. What MC Jin does to this text is precisely an act of appropriation in his own world. It goes both ways: he tries to make sense of his life through this text, and simultaneously also to make sense of the text through his life experience. Therefore, the notion of “exegesis” as a way to discover and uncover the meaning out of the text alone is really a delusion of objectivity. One cannot escape one’s subject position in reading a text.

Now, my second point has something to do with his appropriation of the text 2 Cor. 5:17. The idea of “a new creation,” in American context, often signifies behaving like a white evangelical person. This behavior is very apparent in language. Being a Christian involves an expectation to pick up a new language–that is white evangelical language. Therefore, when MC Jin constructs his new identity as a “Christian rapper,” language becomes a crucial marker of difference. According to the South China Morning Post, in the past MC Jin used to “spit[ting] out strong language while fighting his opponents,” now his songs are colored by a different language. Aphornsuvan, therefore, rightly insists that “MC Jin’s process of going through his music career brings him closer to being a part of the orthodox [i.e., the dominant group].” 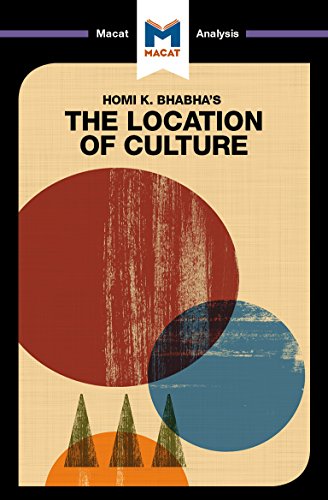 Third, we can understand the process of identity construction of MC Jin in terms of Homi Bhabha’s idea of “hybridity.” Identity is never a solid and fixed entity, but a constant negotiation in the “liminal space.” The liminality of MC Jin’s social space is marked by his constant negotiation between his Asian American identity, male identity, his new Christian identity, etc. Therefore, MC Jin’s reading of 2 Cor. 5:17 has to be understood in this complexity of his identity. Even though the text of 2 Cor says that “The old has passed away; behold, the new has come,” there is no total abandonment of MC Jin’s “old” life. He is still an Asian American. He is still a rapper. He is still a husband and a father. It is understandable that the emphasis is given to the first part of 2 Cor 5:17 stronger than in the last part of this text. In other words, the process of appropriation is often partial. So, is not necessarily a rejection of the old self, but a taking up a new image, new identity, a new self. To put it differently, MC Jin is entering into another world of negotiation with evangelical Christianity.

Let me conclude my remark by saying that the negotiation of identity is also implicated in the power relations in the society. Being part of the dominant group often signifies being more powerful, gaining more acceptance, and taking up more privilege. As Aphornsuvan points out, MC Jin is now in the category of “Christian American musicians,” which means the expansion of the market for his musical productions, a wider acceptance among the dominant group, and gaining more social privilege than many other Asian Americans. In this sense, it can even reaffirm the “model minority” myth that has been established around Asian Americans. Aphornsuvan argues that “he does not need to be viewed as a Model Minority as he has the Bible on his side now.” Whether he needs it or not, his life story can somehow be used by the dominant group to perpetuate the myth.

Ekaputra Tupamahu is a Ph.D. candidate in New Testament and Early Christianity at Vanderbilt University. His dissertation research examines the intersectionality of the politics of language, racial-ethnic identity construction, the subjective performativity, and the colonial relations of power in the early Christian movement.