Curator’s Note–I’ve struggled for weeks with how to conclude the Bible and Race in the USA series. People’s shock at the malleability of truth and the temptation of exceptionalism has challenged me to re-situate the discussion. So before you is a personal reflection to explore why so few of our current events are actually textbook. While this piece does not intend to be partisan, I want to be clear that it solely represents the views of the author and not necessarily those of his employer or former students.

Eight years ago, I arrived home in Dallas from Hong Kong just in time for Barack Obama’s first inauguration. The international date line stretched the 15 hour flight into a limitless moment. My anticipation weighed all the heavier as I dared to dwell on a president racially profiled like me.

Wheels touched down as I settled into pride and dread.  I knew the twoness but not in this proportion. Others must have felt it, too. The dap from the brothers was smoother that day; the hugs from elders, more sure and sweet. The sisters were the most guile among us, braving to start the unspoken conversation in the hush harbor tongue.

Today I sit unsure whether I am more surprised by the fact that America elected him in my lifetime or that they didn’t manage to kill him in office.

Fans adorn their social media walls with conditional eulogies. “He wasn’t perfect, but he was my president.” How could that preface be necessary for a human let alone one of America’s 45 favorite sons? Does it not go without saying? Wholly sincere while half-genuine, supporters elevate themselves with post-mortem elegies uplifting themselves above their buried body politic. The detailed chronicles of his missteps soothe the omission of their own fatal flaws.

Benedictions about his love of country ring hollow when so-called patriots have never more fiercely debated whether he was of the “u.s.” I’ll speak into the wind what’s long been on my mind for nearly a decade: Only crucifixion would make them love him.

As Coates wrote in his epistle, “my president was black.” And while some wondered whether he’d give his life to redeem the great Atlantic, we reserved a special breath for the day we might say, “he made it.” 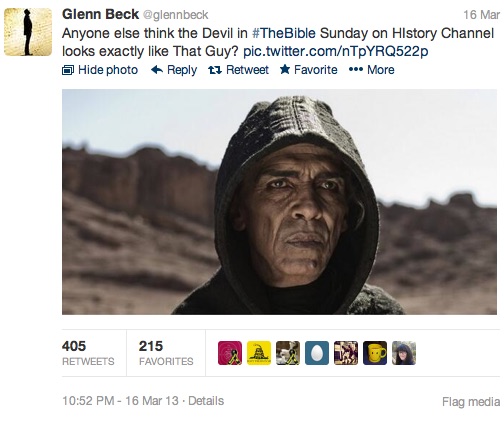 He would always be a beast or worse in too many people’s eyes. That would be his burden. Being an Adamic scapegoat is the price of being first. But I watched 44 take the oath from the city where 35 was relieved of his. I couldn’t stomach a sacrificial lamb.

He did not die, but they drained the life blood out from him. You see they didn’t need to strike him, just the indellible record that defined him, me, and the rest of us–the same thing we’ve reworked to unite us.

To be clear, there is no individuation of blackness. Racism does not allow it. Divide and conquer is the prelude. Assimilate and assasinate is the plot.

When their commissions weren’t questioning your birthright, they were effacing the truths born by your companions.

The Wright reverend was once a naval medic who tended to LBJ’s recovery. When he called for a reexamination of the horrors of war, his words were cut to make make him your John Wilkes Booth.

Henry Louis Gates was arrested for breaking into his own house.  You remarked on the absurd failure of a civil servant and were chastised, not for being wrong, but for daring to correct a corrections officer. It was a reminder of our place.

When Shirley Sherrod had us remember a time where such attitudes were to be expected she was disavowed, not only by Breitbart’s propaganda machine but also the government she vowed to serve. It didn’t matter that her work in the fields were what made their old days good. She was disciplined for laying the groundwork for a better future for the rest of us.

You sounded for a peaceful transition of power. But power is not a thing to be passed down. It’s a relationship hinged on the ability to enforce the way it was, is, and shall be.

It’s why everything you were said to champion could be used against you in the court of public opinion. Your call for hope and change became a blasphemous cry against a nation’s most precious nostalgia. Otherwise, what would it mean to “Make American Great Again?”

So when you said Trayvon Martin could have been your son, you spoke from a vulnerability they already knew, the effectiveness of surrogate violence.

We can ask how it happened. We can scoff at a lexicon filled by alternative facts, fake news, propaganda, but the terms name a republic for which many stood, some without knowing. There’ll even be those who will heap blame upon you. But bewilderment be damned. This outcome is before us because too many went without saying. That’s also how power works.So here lies a new future as it always does, simple and complex, leaving us to determine what we will make of it.

Click here to see the first (Native Americans), second (African Americans),  third (Hispanic Americans), and fourth volumes in our series on the Bible and Race in the USA.