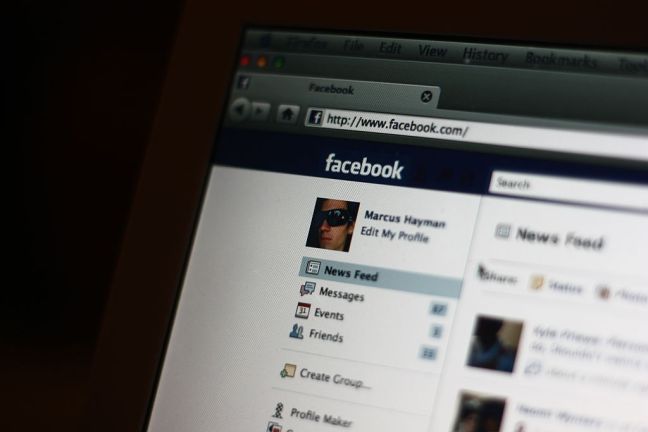 After a three-year hiatus, I have returned to Facebook. The social media site where I was once so prodigal with my time has called me back, enticing me with its promises of connection and community.

The homecoming has been jarring. The News Feed, which was but a child when I had left, has become an ever-growing registry of happenings, headlines, and highlights. I get the impression that so much of one’s world now takes place on Facebook, that if it doesn’t appear on the News Feed, it somehow matters less than it otherwise would.

Americans, wont to discuss international politics away from the keyboard, hold little back online. Refresh your News Feed to find our myriad stances on the onslaught in Israel-Palestine or the host of migrant children on the US-Mexico border. Count yourself lucky if you can avoid the burlesque flame wars fought in the name of civil responsibility and honest-to-God battles. Thanks to Facebook, your friends and anyone else you would “Like” may duly note your position on whatever is trending.

Part of what drove my exodus was the divided nature of my community. Diversity is a blessing until it becomes a burden you don’t know how to carry. It’s not the difference of opinions but the indifference toward humanity that gets me.

I can think of no better illustration than the spats between my liberal and conservative Christian friends who expend so much energy justifying their respective views with the Bible. What is so frustrating is how quickly both sides can erect a wall of sacred texts that can obscure the human condition before us.

Lincoln said this best in his Second Inaugural Address. Northern victories in the South presaged the end of a positively gruesome civil war. Upon his presidential mantle lay hopes of both emancipation and national reconstruction. It’s easy to think that the work before him was midwifed by Christianity, but Lincoln knew better, as he said in his March 4, 1865 speech:

Both read the same Bible and pray to the same God, and each invokes His aid against the other. It may seem strange that any men should dare to ask a just God’s assistance in wringing their bread from the sweat of other men’s faces, but let us judge not, that we be not judged. The prayers of both could not be answered. That of neither has been answered fully. The Almighty has His own purposes. “Woe unto the world because of offenses; for it must needs be that offenses come, but woe to that man by whom the offense cometh.

Lincoln spoke to a constituency wanting to be declared righteous on a level of biblical proportion—persons who saw themselves as absolute in their judgment and with the Bible on their side. But he understood, as Herman Melville did, that “even the high lifted and chivalric Crusaders of old times were not content to traverse two thousand miles of land to fight for their holy sepulcher, without committing burglaries, picking pockets, and gaining other pious perquisites by the way.” In our passionate pursuits of good, should we not fervently inquire what inspires us and our opponents? If either source is found wanting, should we not be willing to yield?

Perhaps it is the Bible’s disproportionate application of justice that makes fruitful conversation so difficult; it is simply too tempting to see oneself within “a city on a hill” or an ark of refuge despite the possibility that we might just as easily be wandering in the wilderness or adrift in a sea of stubborn ignorance. Do we not owe it to ourselves —and dare I say, to each other— to stop and take measure?

For a moment can we put aside images of a god who would sacrifice a child to save the world or destroy the world save for one family? Whatever one makes of such images, we cease to be human if their imagery fails to haunt us.

For now, can we take solace in something less perplexing and more base: to treat others as we would want to be treated. Whatever avenue you take to get there (biblical or not), I trust we can agree on the value of empathy.

This week, I have seen friends posting the upsetting death toll in Israel-Palestine like a World Cup box score. I have friends standing with Israel because of a sacred trust. And I have friends debating about the extent to which any border can claim to protect “life, liberty, and the pursuit of happiness.” I will not tell you (here anyway) what to believe about these hot button issues, except to say this: your perspective could only be deepened by understanding your opponent’s view.

What good is a face book if we no longer use it to genuinely look at and learn about one another?

Someone asked me how I work. Today’s answer is that I type up Minecraft-inspired notes that I originally wrote on a soon-to-be recycled box of Honey Bunches of Oats. It’s called research, friends.
Excited to make a guest appearance on The Religious Studies Project to talk about #IdRoots, Black Lives Matter, and the Anthropology of Scriptures. My favorite part happens at the end. The hosts move beyond my work to think about where they’ve seen the dynamics I’ve studied. Honestly, that was the entire goal of the project, and I’m honored that this great resource came along for the ride. If you’ve got any funding to spare, think about donating and check out their Patreon. They are an amazing resource for the international academic study of religion as they work hard to model generative discourse and ethical support structures for scholarly labor.
I had a great time talking with Vanessa Sinclair, Psy. D (@rawsin_ ) on her show, “Rendering Unconscious.” We talked about #IdRoots, scriptures, identity formation, anti-Black racism in the US, social politics, pedagogy, and more. The best part was getting to share about the wisdom I’ve learned from many of my teachers. [link in bio]
Me when I see people...