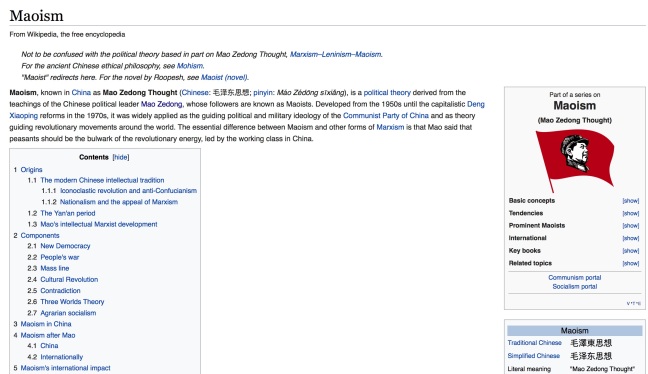 In “Scripting Difference,” students from Dr. Richard Newton’s Ethnicity, Gender, and Religion course, reflected on concepts from Stephen Sharot’s sociology of Religion, James W. Watt’s work on scriptures, and a variety of case studies in order to examine the discourses in the course title. In this edition, Dr. Dan Chen, Assistant Professor of Political Science and Asian Studies at Elizabethtown College considers Sam Epps’s take on Joseph Kitagawa’s classic essay on Maoism as a “quasi-religion,” particularly  in light of the legacy of Mao in Chinese political history. Read Epps’s initial piece here.

“Maoism: More than Quasi-Religion” presents a proficient understanding of Maoism and its status in China’s recent political history. Sam Epps interpretation and application of Kitagawa’s notion of quasi-religion are competent and fair. However, I encourage the author to be more critical with Kitagawa’s point of view. There are several points the author made that would serve as cogent criticism of Kitagawa’s view that sees Maoism as a quasi-religion, and I discuss them below.

Epps’s grasp of the “performative dimension of the scriptures of Maoism” is intriguing. Indeed, the Maoist era, from the Land Reform (1950-1953), the Great Leap Forward (1958-1962), to the Cultural Revolution (1966-1976), consisted of constant and grandiose political theater, which was marked by the spectacular, nationwide participation by individuals perpetually performing due to either passion or fear. Judging from the grand-scale mass mobilization in this most populous country in the world, Maoism seems to display various features of a quasi-religion. On this point, the author seems to agree with Kitagawa and points out that, “In doing so, Mao and the Communist party seized upon the performative dimension of scriptures to spread the values of the new Maoist culture. It is from this vehicle that Maoism is driven forward by the popular, or in this scenario, the peasantry.”

While I see the utility of “quasi-religion” as a convenient conceptual tool to reasonably capture the significance of Maoism and its impact on China’s path, at the vantage point of hindsight, Epps could have been more forceful in challenging the comparison with a quasi-religion by dwelling more on the sudden and drastic change of course shortly after Mao’s death. As he rightly points out, “Following the death of Chairman Mao in 1976, China reversed course under the leadership of Deng Xiaoping and became a market economy in 1978.” This shows that, contrary to Kitagawa’s interpretation and prediction, Maoism is incredibly fragile and its appeal had quickly waned after the Chinese leaders decided to change Maoist policies right after his death in order to save the Communist Party and the regime. The author should try to reconcile the glaring contrast in China’s political and economic trajectories before and after Mao’s death. If Maoism is this easily “reversed”, or more plainly, rejected, can we still call it a quasi-religion?

The benefits from hindsight should be further used to critically examine Maoism. If we could agree that quasi-religion may not be a fruitful concept to make sense of Maoism, then what is? I think an answer is embedded in the author’s writing, although to reveal it would require adopting a different perspective. The author writes that “In the same way that Mao mapped a new ethnicity and culture throughout China, the succession of leaders following Mao mapped China into becoming a present day economic superpower.” As much as I agree with the economic achievements that China obtained under the leadership of the Communist Party, I urge the author to take a step further and carefully consider the meaning of these achievements. Is the economic development the end, or is the survival of the Communist Party the end? The drastic reversal of many essential elements of Maoism by Deng Xiaoping indicates that in order to preserve the very survival of the Party, the founding principle, as sacred as Maoism, can be rejected. In this sense, Maoism was treated in a transactional way, so much so that once its utility ceased to exist, it was immediately thrown away.

This alternative interpretation of the meaning and status of Maoism in China further sheds light on what was missing in Kitagawa’s view that sees Maoism as a quasi-religion. In order to make this case, comparison between Maoism and existing religions would be necessary in order to elaborate on and justify the elements of Maoism that resemble a religion. Without doing so, Kitagawa’s essay remains unclear as to what exactly about Maoism that would qualify it as a quasi-religion. The spectacle of Maoism, such as the “performative dimension of the scriptures” on a much grander scale due to the sheer size of the country and the population, shall not be equated with essential elements of a religion. For students of authoritarian regimes, such spectacular display of loyalty and power can be incredibly fleeting, as lessons from countries such as the former Soviet Union would make clear. If anything, the easy reversal and rejection of Maoism right after Mao’s death indicate the emptiness and a fundamental lack of belief in Maoist teachings. However, its role in stabilizing and developing a war-torn country in its initial years after the founding the People’s Republic does suggest the success of Maoism as a political ideology, but maybe not so much as a quasi-religion. 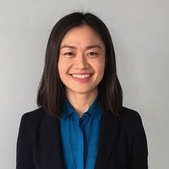 Dan Chen, PhD is Assistant Professor of Political Science and Asian Studies at Elizabethtown College. You can find her on LinkedIn, Twitter, and ResearchGate.